Mobile Phones with 6000mah battery life you can buy in Nigeria

A smartphone with a battery capacity of up to 6000mAh eliminates the need to carry power banks or be concerned about power interruptions for extended periods of time. Well, if you like to browse the web, view movies, and play a variety of games on your phone without worrying about battery life, these phones with 6000mAh batteries might just be your savior.

Mobile Phones with a 6000mAh Battery

It is worth the effort to get a phone with a 6000mAh battery and last charging capability, especially if you want to limit your device’s downtime to a minimum. To that aim, Dreamworks Direct has compiled a list of the top five feature-packed smartphones with large battery capacities.

The Tecno Pova Neo is powered by MediaTek MT6762V, a downgraded version of the Helio P22 with 41.8GHz and 41.5GHz Cortex-A53 CPUs. There is 4GB of RAM and 64GB of internal storage on this variant. The Tecno Pova Neo has a fingerprint scanner on the back and is available in Obsidian Black, Geek Blue, and Powehi hues. On the inside, there’s a 6000mAh battery, and Google Android 11 with HiOS 7.6 is pre-installed.

Samsung’s low-cost smartphones have fast become the byword for “quality on the cheap”. Samsung Galaxy M31 features a 6.4-inch Super AMOLED display, runs Android 10, and is powered by Samsung’s own Exynos 9611 engine with 6GB of RAM and 64GB of expandable storage. It also boasts four back cameras, including a 64-megapixel main camera and ultra-wide, macro, and depth sensors.

On November 15, 2021, the Infinix Hot 11 Play was released. The smartphone features a 6.82-inch IPS LCD capacitive touchscreen with a resolution of 720 x 1640 pixels and an IPS LCD display. A MediaTek MT6765G Helio G35 Octa-core processor and a PowerVR GE8320 GPU power the smartphone. The smartphone is available in a variety of hues, including Green, Gold, Blue, and Black. A non-removable Li-Po 6000 mAh battery + Charging 10W powers the smartphone. The operating system of the phone is Android 11 + XOS 7.6.

On January 21, 2020, Infinix Hot 10 Play was released. The smartphone is made of glass on the front, plastic on the back, and plastic on the frame. The device is equipped with a MediaTek Helio G25 Octa-core processor and a Mali-G52 MC2 GPU. A Non-removable Li-Po 6000 mAh battery + Charging 10W powers the smartphone. Fingerprint (rear-mounted), accelerometer, proximity, and compass sensors are all included in the smartphone.

Long battery life is one of the most desired attributes of a smartphone, aside from camera and Processor speed performance. Smartphone manufacturers have taken advantage of this demand and are now providing phones with battery capacities of up to 6000mAh. So, if you’re seeking to upgrade your phone and a long battery life is your choice feature, then there are a variety of 6000mAh battery phones on the market.

Top manufacturers such as Tecno, Samsung, Xiaomi, and others provide 6000mAh phones in the Nigerian market. But, Dreamworks Direct has varieties of 6000mAh smartphones and also smartphones with 5000mAh and 4000mAh battery capacity. 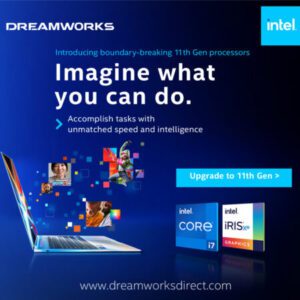 Get E-mail updates about our latest shop and special offers.

Select the fields to be shown. Others will be hidden. Drag and drop to rearrange the order.
Click outside to hide the compare bar
Compare
Compare ×
Let's Compare! Continue shopping